In Russell’s early school years he was shown an unused school darkroom. In the dusty old room he and a few friends found B/W enlargers not used in years, expired photographic paper and the chance of learning about photography and printing. 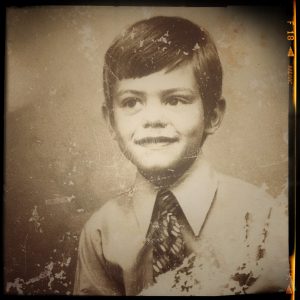 The camera club had been re-invented. Years later, he enrolled at college to study a 3 year commercial photographic diploma. Visual communication, in particular, the world wide web and its technologies has also grabbed his attention. In 1998 Russell purchased his first computer and has been learning new things everyday ever since.

As Russell was growing up and starting to take note of the world around him, he can remember as a kid on family holidays shouting out ‘take a picture’ when something of interest came along. The family owned an old Canon with ‘screw in style’ lenses unlike clip in type today, and as soon as he was old enough he was using it himself. From an early age, Russell understood the value of capturing an image on film and when he stumbled on the old darkroom in the school he remembers it as an instance that “made sense”. The mechanical process of taking a picture and watching it appear in the liquid bath of rancid chemistry was an inspiring moment: something that he will never forget. The action of recording an image and preserving it in an instant and in almost life-like qualities is still amazing to him today.

This early exposure to image production and technology has carried through to the present. Communication through visual means has always and will always interest him. New viewing methods such as the web and multimedia as well as traditional paper are equally important to Russell, each has its own purpose but the end result of visual communication is what is really matters to him.

It is not just the taking of the image but the preservation of older images is also paramount to him as well. With the photo-restoration and enhancement techniques available today Russell has spent a lot of man hours learning new techniques in the ‘digital darkroom’ to understand that process as much as possible but there is always more to learn in photo-imaging.

Russell has since up-skilled in web technologies and the interconnection of imaging and technology is important. He as an understanding CSS styling, html coding, web image production, online web- editors WYSIWYG interfaces, web content managed systems and ftp applications. Russell enjoys the challenge of learning something new and a positive attitude helps him to achieve his goals.